Summer is here, and so are popsicles.

Blackberry popsicles are tough to photograph, especially with zero backdrops and nobody to hold them for me (plus they melt). I did manage to squeak out this photo.

Hopefully this will be my first popsicle post of many.

I’ve dreamt of homemade popsicles for three years. I’ve got quite a few ideas in my noggin, starting with these refreshing blackberry popsicles.

I had to start a blog to finally take the leap and spend the twenty two bucks for this popsicle mold. I realize they sell molds at the dollar tree but I did have a list of “musts”.

Popsicle sticks are a must. It won’t take long for those plastic reusable sticks to join all my daughter’s shopkins in random crevices never to be found again.

I want it to be BPA free. Truth be told, I don’t know what BPA is. I just know I don’t want it in my food.

I want a classic shape.

I bought this Popsicle Mold

and I LOVE it – worth every penny. There’s no need to run the mold under hot water to get them out. Just leave on the counter for four minutes and then jiggle the popsicle stick.

Place your fingers on the area surrounding the popsicle to hold the mold down and with the other hand pull the popsicle out. It’s super simple and they come out perfect.

Since I am obsessed with ginger root I added it to this recipe. If you are not just omit the ginger from the recipe. Your popsicles will come out the same minus the ginger flavor.

I will say both my 4 year old and 1 year old liked these popsicles. It’s not a kick you in the pants kind of ginger addition (although I do admit I like that).

I did cook this recipe in order to dissolve the sugar, let the flavors steep before straining and to get a really good gingery aftertaste.

I will probably add fruit to some of my other recipes, but this one I wanted to come out more like a traditional (incredibly refreshing) popsicle – no fruit chunks or seeds. This is little man’s “Why aren’t you giving me that popsicle?” face he gave me while I was trying to take pictures. I couldn’t resist. 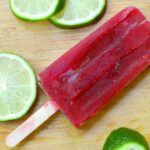 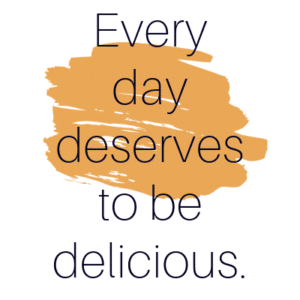 Welcome to my corner. Besides drinking coffee, I like to spend my time creating, writing (and eating) tasty food. If we have to eat to live, why not make it delicious? Read More…